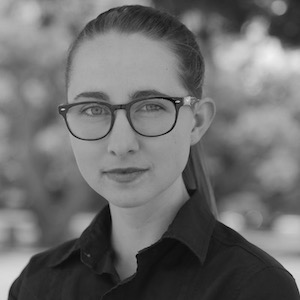 Molly Stuart is a director, producer, and editor based in the San Francisco Bay Area. She was a 2018 Women Peace and Security Fellow and a 2019 resident at the SFFILM FilmHouse. Earning an MFA in Cinema at San Francisco State University, Molly has won the Bill Nichols Excellence in Cinema Award, the Canon Best in Show Award, and the Spotlight on Women in Film Award. She has also won several film festival awards including, Best Documentary Short and Best Young Women Storyteller Award. She holds a bachelors degree in sociology and film studies from Middlebury College. Her first feature documentary, Objector, will be released in the spring of 2019.