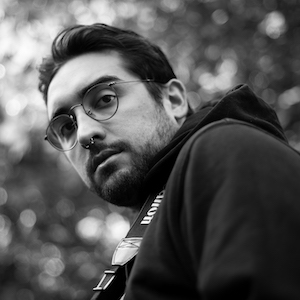 Joshua Cardenas is a filmmaker and editor based out of Los Angeles, CA. He began his pursuit of the cinematic arts at Moorpark College where he received his Associates Degree in Film and Television Media. He then transferred and concluded his education at San Francisco State University, where he received his Bachelors in Cinematic Arts in 2022.

He has been credited for numerous projects as an editor, such as a variety of Independent films, music videos and trailers. He has also directed and edited advertisements for “Monster Cable”, including ad’s for  Luxury Real Estate Companies such as “The Agency”, “Compass”, “Space LA” and “Coldwell Banker”.