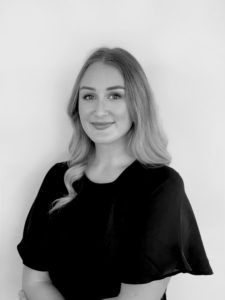 Backed by a Bachelor of Arts in Cinema Studies and Media & Communications, Paige joined El Dorado Films in 2019 as a budding film producer. During her time at the University of Canterbury she was President of the UC Film Society. After taking up a job at the local theatre during high school, and being exposed to many different narratives and genres, Paige was hooked on cinematic storytelling.

Her film interests lie in expository documentary and the Thriller genre, with her strengths during production being networking, time-management and talent acquisition. She is also skilled in media management and public relations. Other interests include aviation (working as a Flight Attendant before pursuing film), classical history, and exploring New Zealand’s wine regions.

Paige’s first venture with El Dorado Films was in the role as Distributor when premiering The American War in Christchurch in early 2019. She is currently working on pre-production for a very exciting upcoming project on the legalisation of sex work in New Zealand, due 2022.